The comeback of Plastic Bertrand

Where are they now?

In 1977, Plastic Bertrand started his solo career as the credited artist of the international hit single "Ça plane pour moi". Born in Brussels in 1954, Plastic Bertrand toured Europe, Japan, Australia and North America with Lou Deprijck, becoming one of the few French-speaking artists to appear in the Billboard chart by peaking the place 47. In fact, the song was an impressive hit by reaching the number 1 in France and Switzerland and 2 in The Netherlands and in Australia. The international megahit also peaked number 8 in the UK Official Charts. The song Sha la la la lee peaked 39 in the UK some months later. "Ça plane pour moi" is featured in the 1985 picture National Lampoon's European Vacation, in Danny Boyle's 2010 film 127 Hours, in 2011 as the opening title theme for Jackass 3.5 (2011), in the 2012 film Ruby Sparks, in the 2013 film The Wolf of Wall Street, and in the trailer for the 2018 film Super Troopers 2. The song is also used as the soundtrack for a commercial spot for Time Warner Cable in the US (April 2011). It is also in 2018 video game, Just Dance 2019, despite being a cover.

Before going to Eurovision, he recorded Abbacadabra, a musical tale for children, with ABBA's Anni-Frid Lyngstad. In 1987 he represented Luxembourg in the Eurovision Song Contest with the song "Amour Amour". This failed to impress the juries, however, scoring only 4 points and placing 21st out of 22 entries. Very unfair!

His new album will be available next 23rd of octobre and it will be titled L'expérience Humaine, just like the first single! The english version is I'll be back again!

The new album shows Sir Cliff’s amazing versatility with two newly written songs, 'Falling For You' and 'PS Please' as well as a selection of new interpretations of songs originally by Sir Cliff's favourite artists including The Beatles' 'Here Comes The Sun' and The Bee Gees' 'Too Much Heaven'. Additionally, there are five duets with Bonnie Tyler, The Bellamy Brothers, Sheila Walsh, The Piano Guys and Albert Hammond on the track that inspired the album title The Air That I Breathe."

Our team decided to create a list of all the albums from ESC artists that every fan must have!

There are some criteria that we had to consider such as the innovation of an album for its time, its creative aspect, its success, its importance in the history of music and also, not to repeat albums by the same artist. The task was hard and so there is a lot of responsibility. It is not easy to order albums with the tastes of more than 10 people, so we decided to leave the best 25 (in our opinion) in the hands of our readers. Voting will take place from now and during one week!

You can vote here: https://docs.google.com/forms/d/e/1FAIpQLSddxJJXpOv8U3njxz32FCv5vFZmD6HKZXDHQeXthUCCE41kpw/viewform 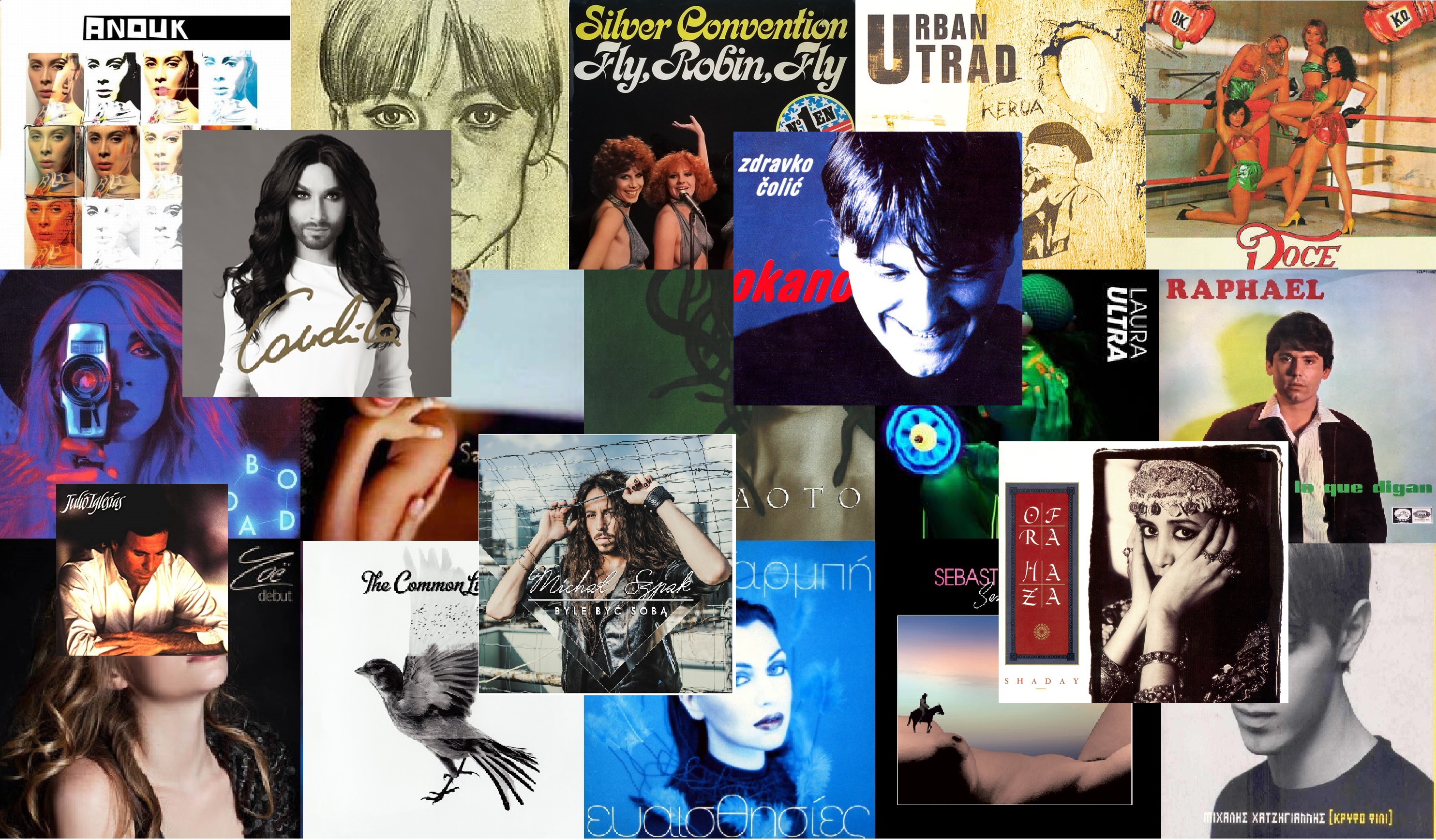 With the year coming to an end, so are the album releases. Some have been forgotten by us throughout the year, others have just seen the light of day. This is the last part we dedicate to this year's album releases.

Already known to us is the excellent album of Zdob si Zdub, Bestiarium. Folk, Rock and Ska make this album a perfect fusion that transports us to world music. The latest albums by Ani Lorak and Polina Gagarina, which are already a hit in Ukraine and Russia, confirm the power of these women who almost won Eurovision. Also from Ukraine arrives Octopus from Melovin. Another banal pop album which is expected of this performer.

From Germany comes the album of Michael Schulte and also the already veteran Nicole, who assumes that the 50 years are the new 25. But with 50 would win Eurovision again? From Switzerland comes the expected new album from Michael Von Der Heide, in German and French as expected. The revelation of last year's OT of Spain, Alfred Garcia, who from Catalonia gives us one of the best albums from the Iberian country.

The collections are not far behind this holiday season. Some to celebrate their careers like Doris Dragovic, in a collection of several albums, or Dulce Pontes that brings us another Best Of. The same happens with the Spanish classics of Raphael or Paloma San Basilio. The younger ones also gather their old albums and after public recognition they take advantage to make them better known. That's what Conan Osiris does to reprint his 3 albums in a special box.

Just out, Laura's new album from Estonia, which after her Best Of and Verona's failure releases "9 elu". Vaiko Eplik and Jakob Sveistrup were in the drawer in the busy May but could not be forgotten. Now here and highly recommended. The first alternative and the second in a more soulful environment. Finally, Sara Aalto smells like Christmas in her international "Fairytale" EP. 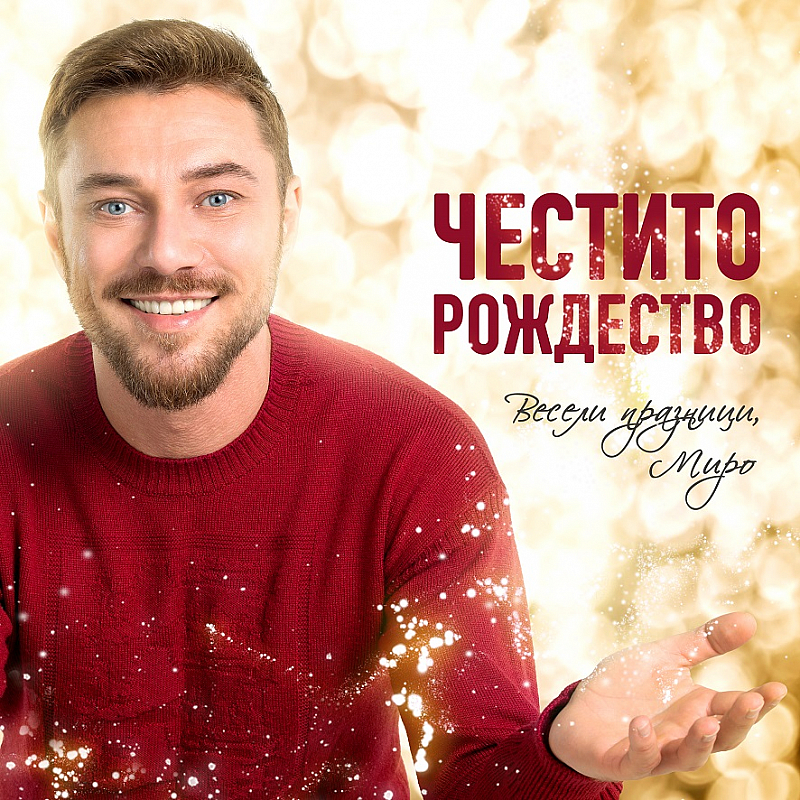 And finally,  a Xmas EP from Miro gathering old festive hits from his carreer along with new recordings.

A look at the charts: ESC artists top the UK Albums charts

By midweek this was expected to happen but now it's official, the first three places on ALBUM Chart UK are Eurovision artists, this week.

First place is Nicky Byrne and his Irish band Westlife who are returning with Spectrum, their new album. The group’s first studio album in nine years becomes their eighth record to top the UK albums chart, shifting 63,000 chart sales this week across physical, download and streaming formats.

Second place is also a direct entry and belongs to Celine Dion's return to the Tops with her new Courage. Coming down but still in the Top 3 is Michael Ball and his friend Alfie Boe who Together Again promise to stick with this Chart for a long time.