Gravity is number 1 in Ukraine

Zlata Ognevich is number 1 for the second week in the ukrainian national chart. Even that Ukraine doesn't export its music to the rest of Europe, it is one of the countries that use to include eurovision artists in the national Top 40, specially those that come from the former soviet countries.

You can see all these videos here http://www.eurovisionontop.com/apps/videos/

Good starting for ESC songs in the charts

It's very difficult to achieve she same success as Euphoria did in the charts. Being number 1 in more than 15 charts in 15 countries was something spectacular for an Eurovision song.

Only Teardrops, the winning song of this year's contest is only number 1 in Denmark, but it is now in the charts of 10 countries (sellings or radio airplay).

The norwegian song, together with Anouk and the song from Sweden are doing all well. It is suprisse that the hungarian song is also in the charts of 3 countries.

In the chart of The Netherlands is where we see more entries from Eurovision. 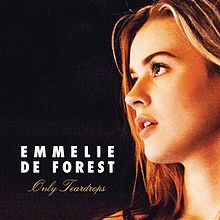 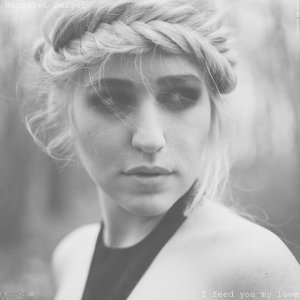 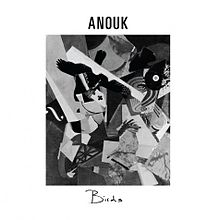 It is common every year that certain countries can exchange votes between then. Cultural reasons might be behind that fact, like musical sounds, languages, popularity of artists in different countries, etc.

Apart from that, this year seems to be a bit more polemical. First, the fact that “on Saturday, hours before the Final, an undercover video surfaced in Lithuanian media, apparently showing how two individuals approached people to cast large amounts of votes in favor of one particular entry” (source: eurovision.tv). About this, EBU already responded to media reports on voting. Ola Sand, said "I have been around at the Eurovision Song Contest since 1998, and every year there are rumors about irregularities in the voting. Particularly this year, we felt it was time to firmly deal with these rumors" (source: eurovision.tv) and said that “If we find any clear evidence that the Rules are being breached, including attempts of power-voting, we act immediately to do what we are obliged to do on behalf of the Members: to protect the Eurovision Song Contest brand." 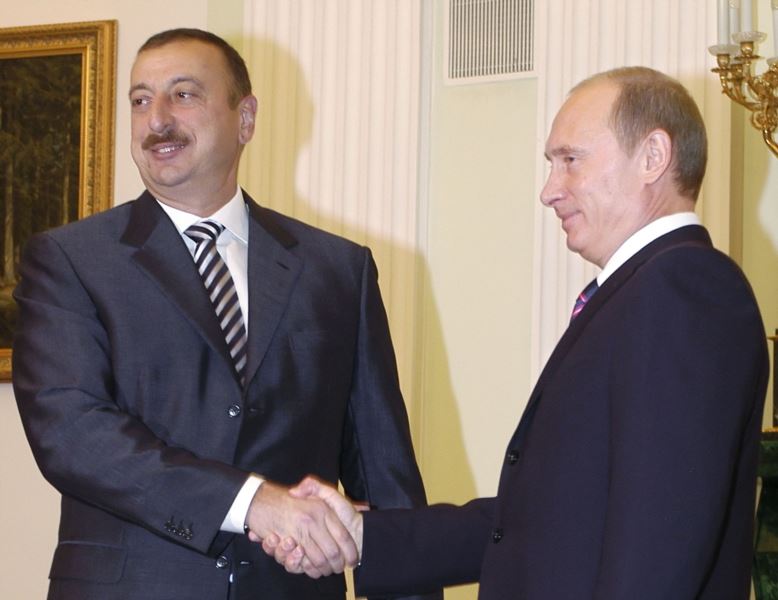 The second interesting fact is Azerbaijan's President Ilham Aliyev has ordered an inquiry into why his country gave Russia "nul points" at Saturday's Eurovision Song Contest. Voters and the official Azerbaijan jury in fact gave strong backing to the Russian entry, according to officials, but Azerbaijan's state broadcaster suggested there may have been voting violations. (source: BBC News). 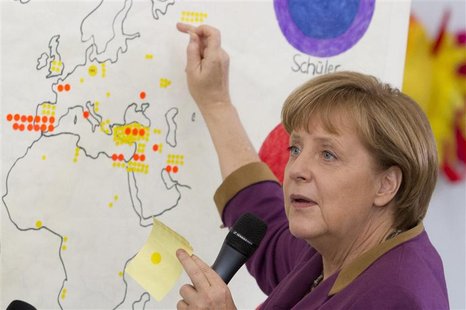 Not far from these voting problems, Thomas Schreiber, coordinator of the German public station ARD, said that it is not clear that the 18 points that Germany got were to Angela Merkel, but they were not only because of Cascadas song. Cascada was not the only to be judged on stage but all the country.. Was the lack of popularity of the country the reason for the bad result, since Germany is considered the face of the austerity measures in Europe? (source: Reuters)

Like Ola Sand said, "we believe that the Song Contest's apolitical spirit is a cornerstone of its enduring success, and we will do all we can to protect it".

When winners become losers and losers feel like winners

Malmö showed his best side on the grand final day. There was a sunny day with more than 20 °C, so that the fans, who already waited since 5 pm in front of the arena to get good standing places for the grand final, sweet already before the show. After the show the only surprise was how the swedish hosts already during the running voting announced the winner, which for the whole audience wasn‘t any surprise at all. Denmark won the Eurovision in Sweden, the Eurovision History of 2000 has been repeated. 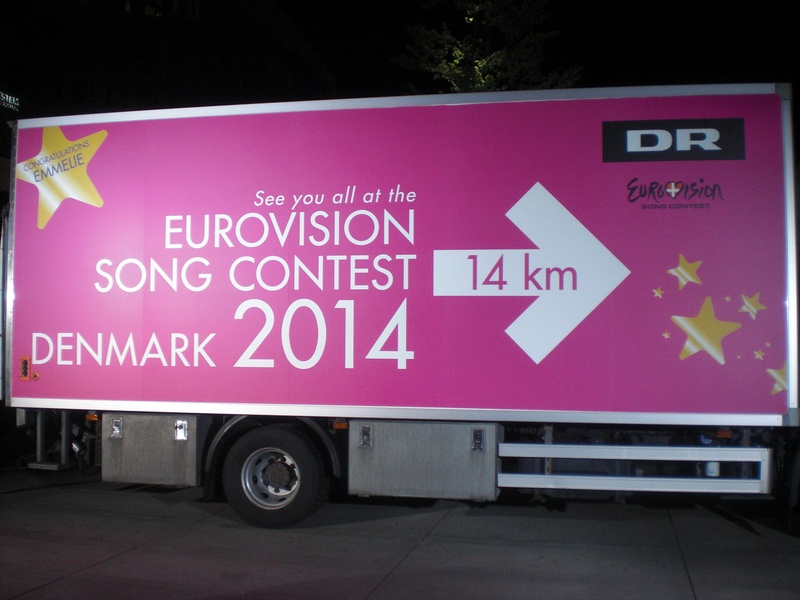 About two weeks ago all the delegations travelled to Malmö, all of them with faith and each of them arrived in Malmö as a „winner“, as every one of them was the winner of a national final or of an internal selection. Unfortunately not everyone will return home today still feeling like a winner, although the fact of being the national winner didn‘t change.

But anyhow beside the official winner‘s press conference there were many other smaller groups around some artists, that after the eurovision night felt like losers and others perhaps a bit more like winners. 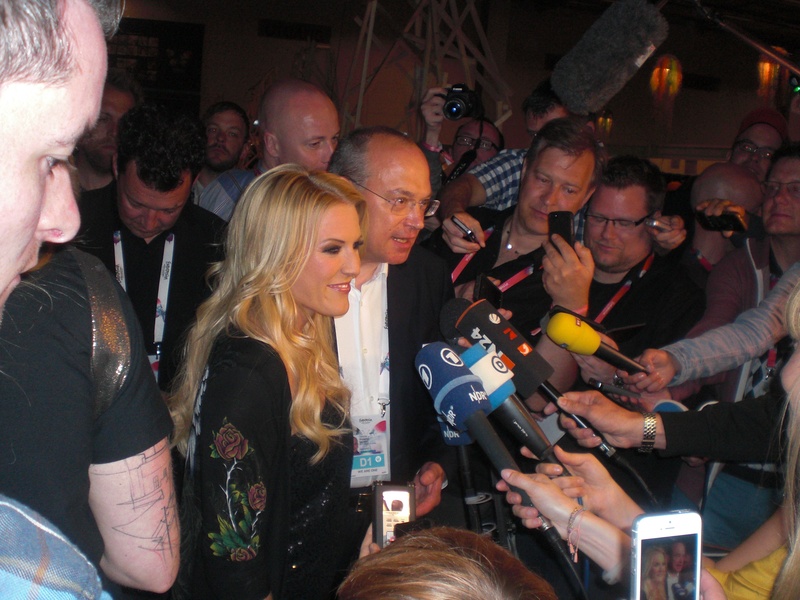 Cascada (Germany): after a fantastic show as the 11th song and being the first one getting the arena to dance and to be euphoric, Germany got the 21st of 26 places. Cascada said in the interview that first of all she is disappointed with the result. But that this week was the best of her life and that nothing and nobody can‘t take her this wonderful experience away, even not a bad ranking position. 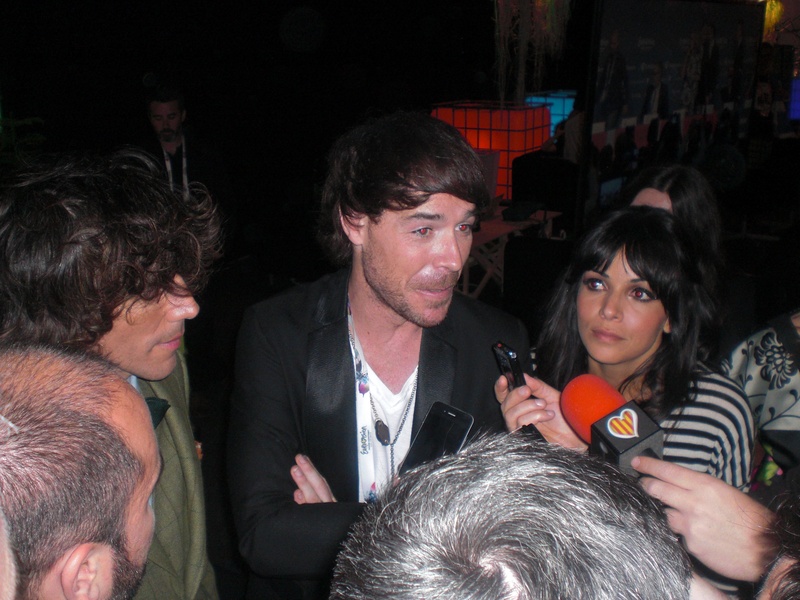 ESDM (Spain): the spanish and very famous group was surrounded by the spanish press & fans and had to respond very difficult questions, like if their career now will be over. The group made the 25th place and was also sad about that. At the end this group, which was very surprised about the support of the spanish fans and felt like being performing at home in Madrid, for sure had a unforgettable experience and got to know how hard Eurovision is.

Bonnie Tyler (UK): the „Lady“ of this Eurovision was still in a good mood after the show. „I arrived thinking I would do the last place“. At the end UK was 19th and Bonnie also with this reaction still surprising the fans.

Roberto (Belgium): was one of them, who at the end felt like a winner. The very young artist was all time ranked very low. At the end he got some 12 points and made it to the 12nd place. After the show he couldn‘t stop smiling and was happy about this result and hopes that Eurovision will help him in his young musical career. Eurovisionontop will follow him and publish any news about that. 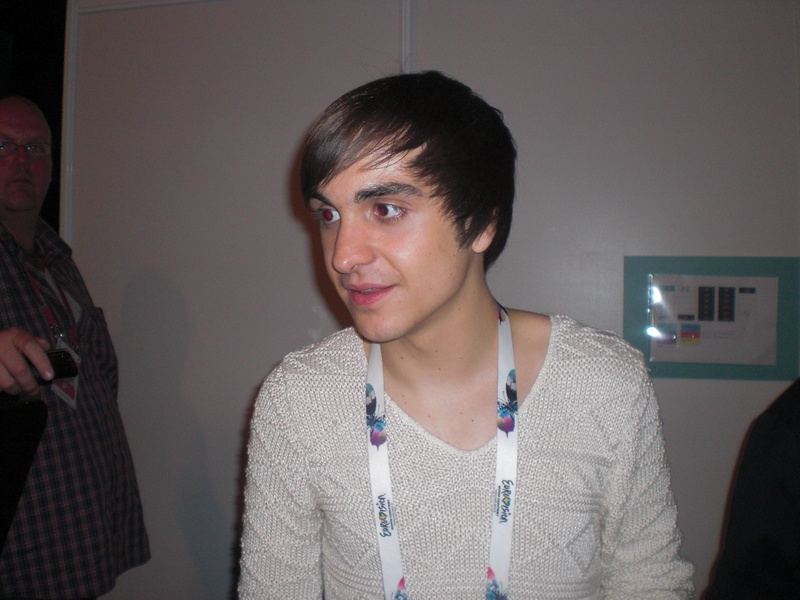 Eurovisionontop will follow all the artists also after this evening and we know, that the eurovision rule is, that not only the winner sells his music after Eurovision.

Perhaps the opening ceremony showed how every one of the participators should feel the day after the 58th Eurovision. It remembered the olympic games and the olympic spirit of „the most important thing is to take part“ should be in every once mind.

With this last statement we wanna thank all the artist for their engagement on stage, their patience with the press, their dedication and passion for their performances. Without each one of you Eurovision wouldn‘t be the same.

Denmark got tonight the third victory in the history of Eurovision!

Emeli de Forest, and Only Teardrops got 281 points reaching the first position. In the last 5 years, Denmark is for the third time at the TOP 5.