It was one of the biggest surprises of the last years at the eurovision song contest when Lena won the contest in Oslo. She was choosen trough a casting show of Stefan Raab.

She turned into a ESC fairy tale for Germany and all other countries. She was welcomed by thousands of people at the german airport of Hannover and celebrated her victory at the city hall of her hometown Hannover. 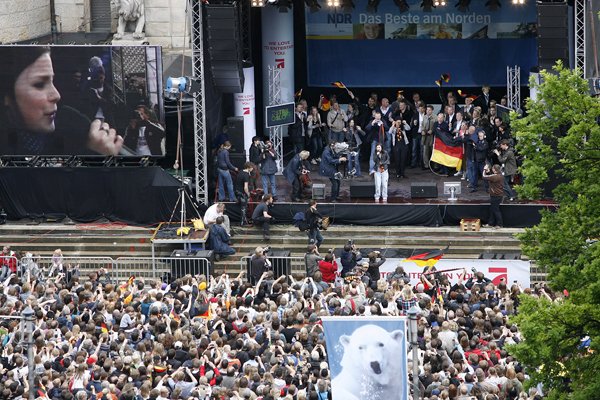 The years afterwards were challenging for the young artist, who turned by night from a school girl to a show girl. The admiration turned in the following years in a kind of bored ESC Lena observation of the public.

And Lena’s biggest challenge was not to stay as the ESC winning Lena for the rest of her carrier.

Lena was thankful and the victory was an emotional moment for her.

Have a look on the video of the moment, when Lena wins the "EinsLive Krone“.

Ell&Nikki, who represented Azerbaijan and won the “Eurovision-2011” song contest, will release their first album after the victory. APA reports that it will be a joint CD of the winners. The preparation for CD will be held both in Germany and Sweden. The songs of authors of “Running Scared” song Stefan Orn and Sandra Burman will also be in the CD.

According to the contest’s official website Ell&Nikki will start their European tour after the release of their album. On the 3rd of June, for instance, the duo will give live performance at 2011 Muz-TV Awards, one of the largest music ceremonies in Eastern Europe, in Moscow, Russia.

They will present the full version of Running Scared staged performance including backing vocalists, the costumes and special effects as in the Eurovision Song Contest Grand Final. 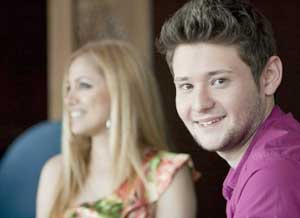 Yuksek Sadakat "let it be a surprise for you all"

When TRT decided you will be the choosen artist to represent Turkey in Eurovision, lots of fans of the Contest complained. How are now people in Turkey reacting to your participation in Eurovision?

YÜKSEK SADAKAT: Once a journalist written that "traditional eurovision complaining week has started" I found it funny but true. Every year no matter who is choosen some people did not like the decision. Some others did. It has been like this for so long and we knew that it was going to happen for us too.So we were not affected in a bad way. We concentrated on our own business and we came out with a wonderful song. There still may be some people who think we are not the best pick but people are free to do so. Honestly talking majority of the people like the song and they believe in us. We follow the foreign press and the almost every comment is in our favor. So we think that we have changed the ideas of the unhappy people's mind and we know that 99 percent of the audience are happy and think that we are going to be in top.

What can a band like Yuksek Sadakat expect from Eurovision?

YÜKSEK SADAKAT: Like everyone else we expect to do our best and we will. First of all we believe that we present our country in a very good way and it cannot be done with a good song only. All the interviews we had done and all the tv shows and radio interviews we had done went really well. People asked us questions about Turkey, about our culture and such. And we believe our presentation and all our answers were quite reasionable and we gave the correct idea about our culture and country as well. So we think that we accomplished our goal already. If we finish the competition at a top place there may be a chance for Yuksek Sadakat to play more gigs in Europe and we can continue or career not only in Turkey and also in European rock scene.

Since the victory of Sertab Erener, Turkey always got good positions in the Contest. Do you feel the responsability to reach a good place?

YÜKSEK SADAKAT: Of course we do. Even if we had not gotten a good results until now we would still want to get a good result. If you attend a competition you want it. I never knew a competitor who attends a competition to get the last place. If you are asking that if we feel pressure our answer would be "no" because we know ourselves and we know that we will great on that stage. For us the most important thing is to enjoy every moment of the whole event. If we enjoy it we can make people enjoy it. But on the other hand we always said that who ever chosen to represent their county were already the winners. For our point of view this a big international music festival better than a competition. So we are calm and confident, and again we are going to do our show and the rest of it is the people's choice.

If you had to choose a song from Eurovision what would it be, and why?

YÜKSEK SADAKAT: If I had a chnce to choose only one song it would be the Abba's song. It was a great pop song, and after that many years almost everyone can still sing it. After all those years it is still a great song no matter how times and music have changed that much.

Well known producer Nick Davis (Bjork, Genesis, …) worked with you for “Live it up”, how did it happened?

YÜKSEK SADAKAT: We always wanted to work with someone like him but we never had a chance. Before we contact him we talked eachother and came up with some other names too but we wanted to work with him the most. So we wrote him an e-mail and he replied us ten minutes after. He listened our previous works and liked them and he said he would love to work with us on that project. We were very happy and we invited him to Turkey. His touch was great and we loved his work. Other than that and more importantly we loved him as a person. He has got that wonderful personalitiy and attitude. We were so comfortable while we were working with him and he said he felt the same. He believed in us and our song and as a result we came up with a wonderful song. In the future we are looking forward to work with him again.

YÜKSEK SADAKAT: When we look at the music scene in Turkey rock listeners is only about 10 percent of the total audience. Majority still listen the pop or some traditional Turkish music but we can clearly say that the rock music listeners rising rapidly. But if you ask why that many rock bands for the last ten years I can say that every rock band has its unique sound and way to make music. Pop music is all the same for so long and in the contrary. We have things to say in our own way and Turkish Radio and Television has covered that. We are very pleased to represent our country and we were chosen just because the type of music.

What will we see during your performance next tuesday?

YÜKSEK SADAKAT: A very energetic rock band who is having fun. Of course we are preparing a good show but let it be a surprise for you all...

Thanks for everything. Good Luck!

The European Broadcasting Union (EBU) officially reveals the split televoting and jury voting results of the Semi-Finals and Final of the 2011 Eurovision Song Contest. Viewers at home also ranked winner Azerbaijan first, while juries of music industry professionals had Italy on top of their list.  source: eurovision.tv

The split results of the Final were as follows: 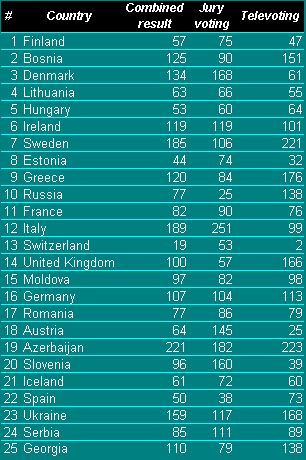 The split results of the first and second Semi-Finals were as follows: 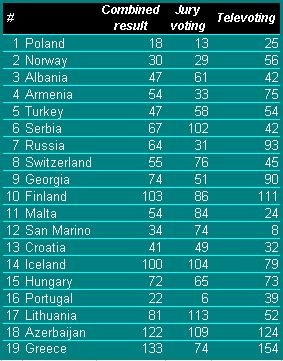 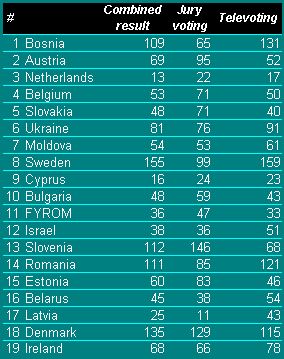 The Jedwards invaded the charts! (UPDATED)

After Eurovision lots of singles used to enter the charts around Europe. This year the irish band Jedwards seemed to be the most popular and if popularity counts more, we can say that they are the true winners of Eurovision. The twin brothers are now number 1 in Ireland, Itunes Germany and Itunes Austria. Lena is the second most popular and we can find her in 4 charts. Running scared, the winning song is only in the chart of the Netherlands at number 59. 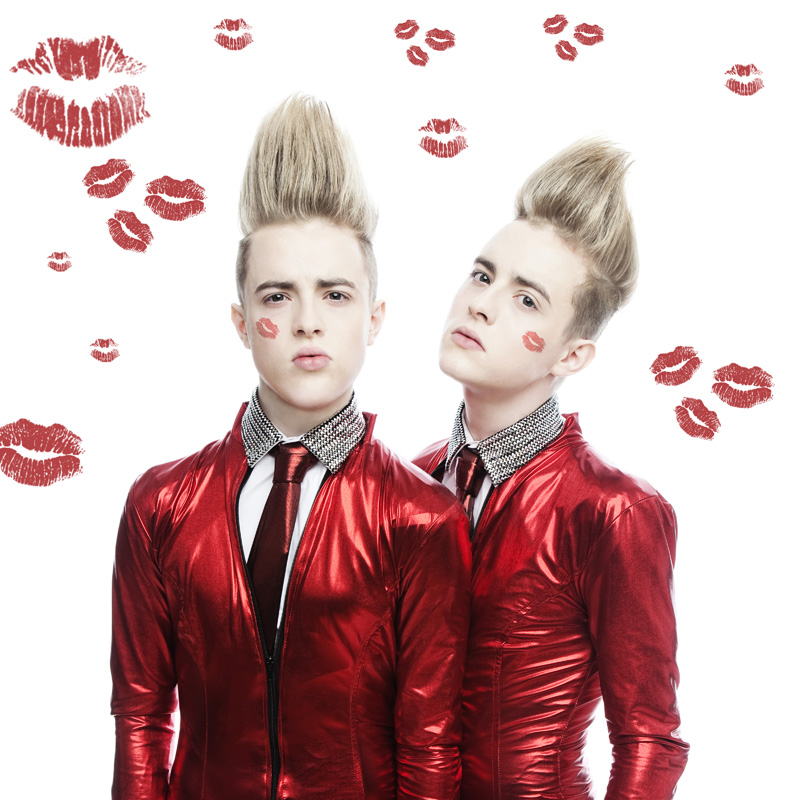 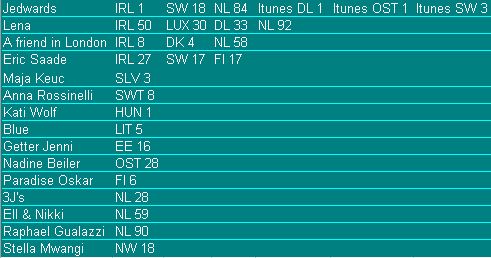 (UPDATED) The Jedwards entered the British Chart at number 24 while Blue are back to the UK Top 40 at number 13.