Josep Sergi Capdevila (Sabadell, Catalunya,1964) defines himself as a enjoyment of life, someone who, at 55 years of age, continues to have “that illusion and desire to face new challenges” (La Vanguardia). The most immediate was the launch this Friday of the new album ... and so much, a work in which he compiles some of his successes of always evolving and modernizing his sound and in which he also includes three unpublished songs, such as Donna. The singer from Bailar Pegados (Eurovision 1991) never stopped and even before Eurovision he was very well known in south America. ‘30… AND SO MUCH ’ (translation) is ​​the album that celebrates the 30-year career of one of the most iconic voices in the country, that of Sergio Dalma. How could it be otherwise, the launch precedes the start of his new tour. The singer now announces the first dates and cities of his tour of Spain. Latin America will comes next!

Spain is the country that is waiting to repeat the victory for a long time. Last time was in 1969 where the victory was shared with 3 more countries.

With the young duo and a simple song, Spain is waiting to repeat the success of the portuguese neighbour Salvador Sobral.

1. The two young (still teenagers) Alfred and Amaia (19 and 20) started their relation at the TV show Operacion Triunfo.

2. Alfred produced his self album at the age of 15. He is a self taught musician.

3. Alfred is from Barcelona and Amaia from Pamplona! They may represent a image of both Catalunya and Spain.

4. Amaia gain popularity in the TV show and was called Amaia of Spainm like Rosa in 2002.

5. Their ESC song is Gold record. 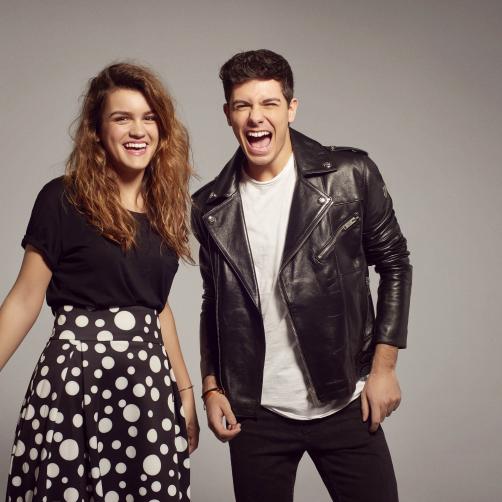 The many faces of OT

It is a difficult task to list all the talent shows of singers that have been broadcast on television throughout the world. It is still no less difficult to list all the artists who have participated in Eurovision and who became popular from a talent show. But it is very easy to say what has been the most successful program on the Iberian Peninsula, at least, the one that has contributed the most artists to Eurovision. O.T: Operación Triunfo in Spain and Operação Triunfo in Portugal!

Even not all the contestants got the Eurovision passport through O.T. it was partly because of it that they became popular.

Spain where the show couldn’t be that popular, the program was used to choose directly their representative for 4 times. First with Rosa Lopez. A national phenomenon and the first production of the show. Rosa placed 7th singing the popular “Europe’s living a celebration”. Beth went to Riga one year later and became 8th, even she was not the winner of O.T. The same happened with the runner-up Ramón that placed 10th, in 2004.

But the 4th edition of O.T. (when the format didn’t belong to TVE) also gave two former ESC artists: Soraya and Edurne. Soraya was the runner up and Edurne 6th, but at Eurovision they didn’t get good results. 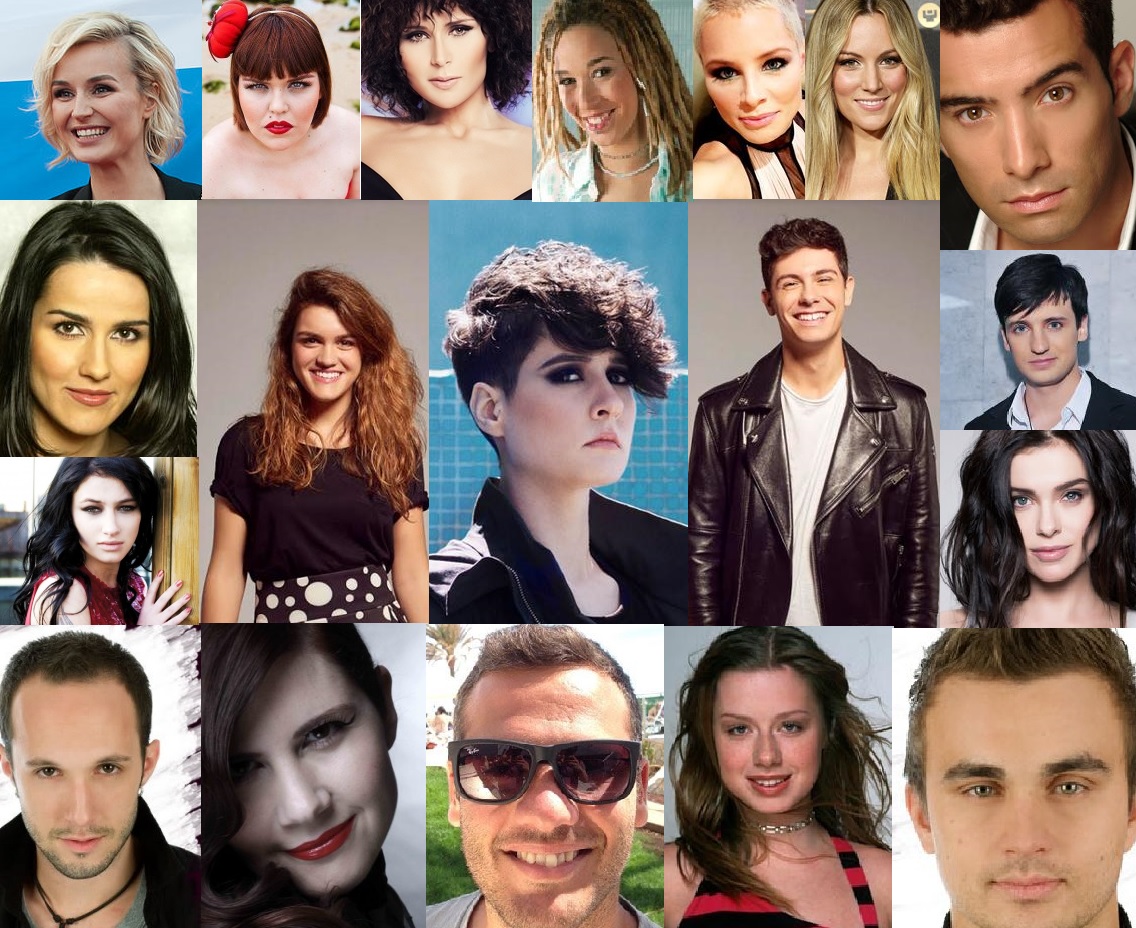 The original Spanish format had a lot of versions around the World. For example, in Russia, Fabrika Zvyozd, gave to Eurovision the winner of the second season Polina Gagarina, the 3rd place Elena Temnikova (former Serebro) and the 4th place Yulia Savicheva; from the 6th season, the winner Dmitriy Koldun and from the 7th, the also winner of the show Anastasiya Prikhodko. The 8th season included Natalia Podolskaya.

In Greece, Kalomoira was the winner of the 2nd edition; From Operacija Trijumf ( the edition of the region of former Yugoslavia) a young Vukašin Brajić got the 2nd place, the same edition in where Igor Cukrov also took part placing 7th.

This time, Isaura (with Claudia Pascoal) will go on stage as the last son of O.T. Portugal. She placed 8thin it’s last edition. Claudia became popular through the world known talent show The Voice in the Portuguese edition.

From Spain, Amaia (winner of this year’s edition) and Alfred (4th) are the big hopes! Since the Russian former O.T. Polina Gagarina achieved the best classification ever (2nd), will the Spanish duo “Almaia” or Isaura win?

In Spain, the original format will comeback next september or october. If it will be used for selecting the next Eurovision star stills a doubt!

Eurovision-Spain Pre-Party: We are at Madrid!

The Welcome EsPreparty 2018 will begin today at the legendary Joy Eslava from 22:00 CET with 21 invited delegations, in a concert presented by Lucía Pérez (Spain 2011) and Victor Escudero by which different national and international related artists will perform.

The following day, at the same time and conducted by Soraya Arnelas (Spain 2009), he Eurovision-Spain Preparty 2018 concert will take place.  The 21 artists of next Eurovision Song Contest have the opportunity to take the stage of La La Riviera Room to interpret before the public the proposals with which in a few weeks they will compete in Lisbon, as well as the five guests within the so-called "Iberian Connection". It will also be, at the end of the act, when Manel Navarro as the Spanish representative in Kiev 2017, will cede the witness, officially, to his successors in Eurovision, Alfred and Amaia.

For all those who have not been able to get tickets for the concerts, or for different reasons can not be present, the organization will put on sale at the box office of Joy Eslava and La Riviera, tickets to access these afterparties between one and six in the morning with prices of 20 euros for the first and 25 for the second. Remember that all those who already have tickets for the galas in their different modalities already includes access to these post-concert parties.

Today Friday Welcome ESCPreParty: April 20 at 10pm at Joy Eslava and the list of invited artists is as follows:

Did Spain chose the right song?

Spain decided to chose the song among all the participants in their kind of reality show Operacion Triunfo, like did in 2002, 2003 and 2004.

Instantly the song reach the number 1 in the ITunes chart, but attention, as we always say ITunes is just a real time sample of what is trending. The real chart are the official ones where people invest some money for having thesongs (apart from streaming).

The surprise came when the song that place 3rd is now the official number 1 in Spain, the only from the National Final to  get it and a very big case of success! Lo Malo is the number 1! The last time a national artist peaked one in the spanish chart was two years ago by Enrque Iglesias.

Influenced by the victory of Salvador last year, all the countries are somehow chosing ballads in oposition to more up tempo songs. Tu Canción is now 3rd in the charts and Almaya, as they called them, could place high in Eurovision but Lo Malo would be for sure what we expect from Spain: a song to remember, actual, funny, performed by two beautiful womans, rythm and of course the memories of Dance, Sun, Beach... This is what we expect from Spain, right?

Eurovision is a competition and surprises always happen! We will never know if Lo Malo would have done better than the chosen ballad, but right now the popularity is obvious!