We continue in the summer and for many in confinement, we hope you are well! Eurovision artists don't stop and our recommendations for this week are as follows.

It is true that Eurovision did not go very well for him, and perhaps because of this, and possibly because he does not speak English, his bet is clearly on the Bulgarian market. It's a shame because Miro's voice is still excellent and the music he makes is not far behind. He recently won the best video award at the BG Radio Awards for "Нависоко" where he presented this new theme.

"If I were sorry" turned out to be one of the themes of the year on Eurovision a few years ago. Returning, Frans brings two new singles "Monday" and "On a wave". Always with a cool aspect and to refresh this summer in warmer moments.

In a record clearly different from the one we have been accustomed to, Ieva Zasimauskaitė, the simplest revelation of the 2018 Eurovision interprets "Labas Tau Tariu". Is the little girl still in love or is she getting fed up with more romantic songs? Clearly, she is an artist to follow in the near future.

Single after single, Sevak Khanagyan, demonstrates an increasingly interesting career with his own record and without escaping the personal mark that led him to Eurovision.

Armenia will compete for the 12th time and only missed the final once.

Will Sevak Khanagyan make it to the final?

1. When he was a child, the family left Armenia and moved to Kursk in Russia.

2. Sevak earned a degree in music whilst studying in Moscow.

5. The song is sung in Armenian with the English translation of the title is "Wind." 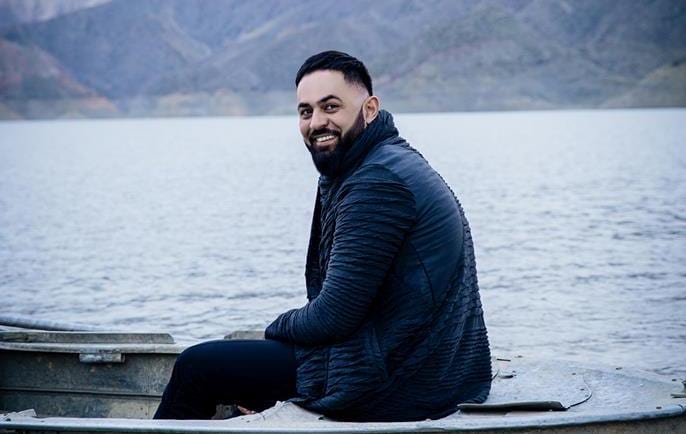 In this super weekend the where to more countries selecting on sunday the entrees, after the 5 song on saturday.

After Artvik last year and the strong performance in Stockholm of Iveta, this year Armenia sends once again a strong song "Qami".

Sevak Khanagyan will be the one trying once again to fight for the first victory at Eurovision for Armenia.

The humans is the name of the winners of the national selection of Romania this year. They will perform the song "goodbye", if it will be a goodbye to the good results at Eurovision? It doen't seem so.

Every year there are also a lot of artists being announced of their national broadcaster without knowing the song.

Also this year there are already some artists which we know, but we still don't know what they are going to sing. In this weekly report we will give you an overview about this artists for Kiev.

Artsvik won the national final, which was about finding the right artist. The talented singer was selected by a jury formed my some former eurovision artists from Armenia like Aram MP3, Iveta, Essai (memeber of group Genealogy) etc.

Also Armenia picked a talented former The Voice singer. Artsvik participated at the russian version of that casting show.

It's the second armenian talented singer, but he is going to participate for the sunny island Cyprus. In 2010 and 2015 Hovig already tried to get the ticket to eurovision but missed it.

Now in an internal selection the national broadcaster selected  him. Hovig was the first announced artist in the 2017 season.

He will perform a song of the former eurovision winner composer Thomas Gyson. So we can be excited what the result of Cyprus will be.

The land of fire is also a successful land of songs at the eurovision. And also this year the country is sending a experienced team to the contest.

Diana Hajiyeva won't be for the first time at eurovision. She was already last year at the contest, as background singer of "Miracle". In 2011 she participated at the national final and lost against the later winners.

This year she will work together with Elnur, who already participated two times for Azerbaijan at the  contest, in 2008 and 2015 making good results. Maybe this wil lbe a good chance for her.

DEMY is the greek artist this year. Greece had a bad moment last year, making it NOT to the final for the first time, since there is the semi final methodology.  Maybe the national broadcaster took some lessons learned this year to make a better selection.

Demy is a talented singer who is NOT comiing from one of the international successful formats like X Factor, Idols or The Voice. But she already successful in her home country and had a first number one album.

This in combination with the experienced and very successful song singer Dimitris Kontopoulos could be the result of the lessons learned of last year.

We will see what the song will be and if Greece will do better this year.

Brendan Murray is maybe the singer with the biggest fan base so far. As member of the boy band HomeTown he is used to sing in front of huge audiences and had already a number one hit.

He is the the younger and hipper version of the participant of last year, who was an older former boy band singer.

Also for Brendan the song is still not known, but so far we know, the fans will support him.

Jana Burceska is an other former casting show participants. But no from The Voice or X Factor like the most of the others. She is ex participant of the only macedonian edition of idol, where she made the 5. place.

We still don't know which genre the song will be. But we already know that the singer will be talented and will try to get a ticket to the final again.

In the next days Switzerland and Germany will select their entrees and Eurovision on Top will give you the updates and news you need to know.

The new album consists of 13 tracks. Each song reflects the Armenian energy, containing elements of traditional melodies, rhymes and colours. Through this album Sirusho is laying a new path with her unique approach of mixing the traditional with the modern. Hence, creating a new genre which shares melodies and rhythms that have never been heard before. The album proudly includes different aspects of Armenian identity and history.