Norway - Alexander was in charge to open the day. The winnner of 2009 brings nothing new on stage compared to his national final. But he has a lot of chances to keep the Top 10. YES

Romania - Vocally and has a surprise was very nice. Sometimes we loose the singer behind the manequin. Being Romania and her always oportunity to get votes from diaspora it is certain than they will be in the final. YES

Serbia - The performance of Serbia has nothing really new from it's typical performances. They will get points from the other countries. YES

San Marino - The robots were a bit different than the ones from the national final. Even this semifinal is not the strong one, there will be more chances for the public/jury to vote than in this one. NO

Denmark - The Viking option did a good rehearsal. The vocal performance was perfect. YES

Russia - This rehearsal was the one with more comments at the press centre, negative we might say. We think that they wil go on to the final, because it's Russia. It may be a YES for let´s keep it as a MAYBE

Moldova - This is the most interactive and dynamic performance of this years Eurovision performances. The expectations were high after last years third place and know they did it. Well done Moldova. YES

Netherlands - One of the best performers of the year and one of the best songs! Maybe they should have keep the performance as a country thing and not include the dancers. MAYBE

Australia - The song is very nice as we know and it works very well on stage even if her singing skills were not the best today. Was Jessica shy? Or was she taking care of her voice? YES

Alexander Rybak is the Most Popular Artist in the chart of #EOT http://www.eurovisionontop.com/top-artists since he is been number 1 for 13 times!

1. Alexander Rybak is no stranger to the Eurovision Song Contest world as he won the gig in 2009 with the highest score in the history of the contest.

2. Rybak was born in Minsk, Belarusian Soviet Socialist Republic. His family emigrated to Norway when Alexander was young.

4. Rybak speaks Norwegian, Russian and English fluently, and has performed songs in all three languages.

5. In 2010, several incidents caused rumours of anger control problems. During the rehearsal for the Melodi Grand Prix finals in Bærum, Rybak became so infuriated when a sound technician was not doing what he wanted, that he smashed his own hand, breaking his fingers. Also, during rehearsals for Swedish television in June 2010, he smashed his violin on the floor. But that’s only rumours!

In 2017 he made one of the most notable covers of Salvador Sobral “Amar pelos Dois”: 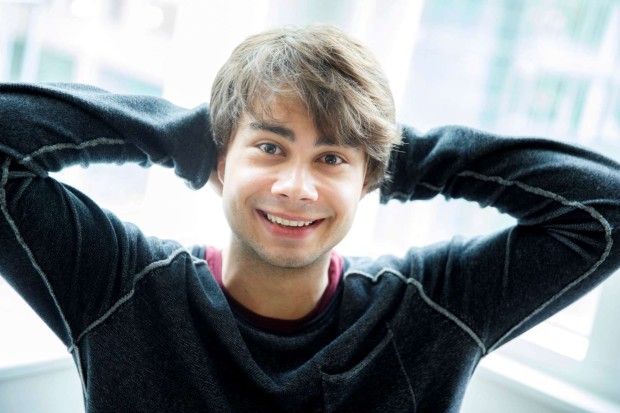 And Norway sends a former winner

At the same night like Sweden the other nordic country and the host of 2010 hosted the national final.

Norway sends Alexander Rybak to Lisbon and tries to get the next top ranking on the scoreboard.

The song will bring the norwegian flag to Eurovision in Portugal 2018.

So it's once again a former winner going to Eurovision. We will see how he will make it.

In celebration of Fred Astaire Franchised Dance Studios‘ 70th Anniversary, Fred Astaire Dance Studio/Vienna, Austria will delight with an international music project in honour of the legendary dancer and his Austrian roots: PUTTIN’ ON THE RITZ - A TRIBUTE TO FRED ASTAIRE

Alexander Rybak is just one of the artist that tributes the Master of Dance. Taco, Right Said Fred and FreakPower are some of the other artists.

But Rybaks song his very apropriate for the upcoimg season since it is no more than Santa Claus Is Coming To Town.

Visit the official webpage of the project here: http://www.a-tribute-to-fred-astaire.com/

Kikki Danielsson's song is a Summer Hit in Sweden

Kikki Danielsson went to Eurovision twice. In 1982 with Chips achieving the 8th place and in 1985 ranking 3rd with Bra Vibrationer.

After several hits, Kikki released JAG TRODDE ÄNGLARNA FANNS in 1999, in a duet with Ole Ivars. It became a success in Norway.

In May 2017, "I thought angels were"  got a new life in the new musical more modern, then Norwegian Kamferdrops on 12th May year released the song in Norway and Sweden.

The lyrics describe a love meeting , most likely between a Swedish and a Norwegian. One person suspects first that angels exist only in heaven , but when he meets his love, like this it feels like meeting an angel.

The new version by Kamferdrops is now at number 2 in Sweden and number 35 in Norway!

Listen both versions of the songs here: