1.Jessica was first discovered on Maltese national television in 2008 during the Malta Song for Europe Festival.

2.In 2011 Jessika managed to make it to the finals of the national selection for the Eurovsion Song Contest, Malta Eurovision Song Contest with the song Down Down Down, which she wrote herself.

4.Jessika teamed up with Philip Vella and Gerard James Borg to create the song The Flame for the 2016 Maltese national selection, placing seventh.

5.She has also released several songs outside of the Maltese Eurovision selection, her latest, Edge Of Tomorrow, was released in August 2017. 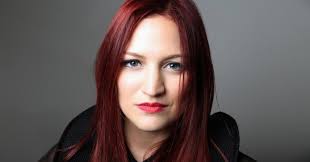 The Queen passed away

Normally we don't put so much attention to the ESC artists who passed away but it is unevitable not to talk about the very first winner of Eurovision.

Lys Assia, has died aged 94. The Swiss-born songstress triumphed at the inaugural edition of the competition with winning song Refrain in her home country in 1956.  Rosa Mina Schärer – who turned 94 on March 3 – died on Saturday at Zurich’s Zollikerberg Hospital.

Beloved by all the fans of Eurovision, Lys was considered as Queen of Eurovision and she was present in severall events as a living symbol of the contest.

Lys Assia was always connected to the contest and she entered the Swiss national selection Die grosse Entscheidungs Show to represent Switzerland in Malmö at the Eurovision Song Contest 2013 with the song "All In Your Head" featuring the hip-hop band New Jack. There were also rumours of Assia representing San Marino, however it was announced on 30 January 2013 that Valentina Monetta would represent San Marino.

The official website of Eurovision published that "In the coming days we will pay tribute to the contest's First Lady by putting her life in the spotlights she enjoyed so much". 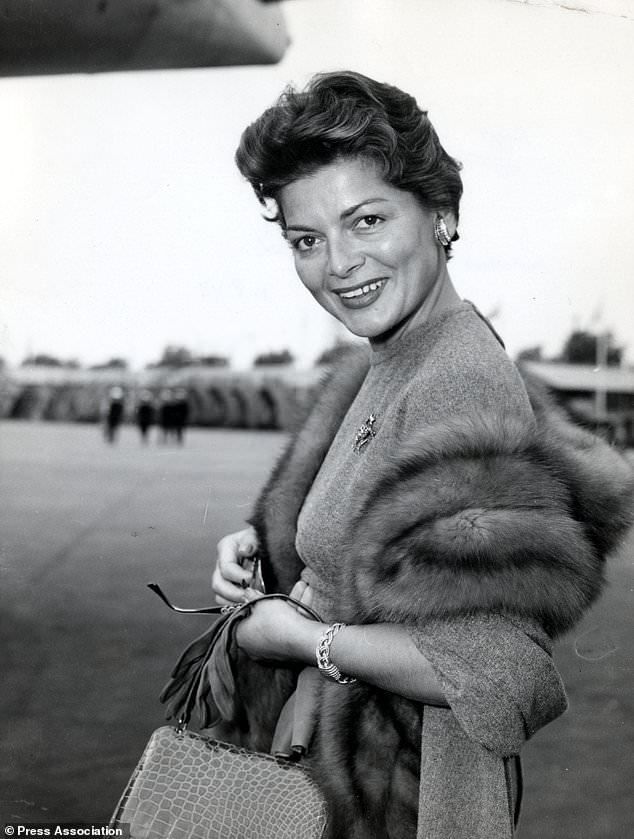 One more mega night in the high season of the eurovision season.

1 night and 5 decisions in national finals. And here is a short summary, so that you don't miss anything.

Finland was the first country selecting the song this night. Saara Alto was already selected and performed this night the three songs "Monster", "Domino" and "Queens".

The selected song was "Monster". The audience was happy and Saara is a real popstar in Finland. If the monster will be a good or bad thing in Lisbon will be seen in may.

Interesting sounds are coming from Estonia. Eleni will perform an italian song in a kind of opera style. Something special and new for eurovision. If it works? We will see.

The smallest country this year invested in a complete new selection way. 1 of 360 gave everyone the chance to participate. At the end it wasn't the favorite winning. It was Jessika with the song "who we are". Maybe it helps to show "who we (San Marino) are" at the contest and repeat the ticket for the grand final.

In a good final and in a last minute victory Gromee ft. Lukas Meijer won the national final. The song is "light me up" and it would be a wish to finally light up on the scoreboard. Poland taking the competition serious for some years is waiting for a big success. Maybe this year the modern song will bring this moment.

Always good for a surprise and still waiting for a victory this year selected Ari with the song "our choice". The strong voice will try to get a lot of points and turn reality the first victory for the small island and the 300.000 island people.

San Marino: 1 Mio. views for the courageous lion and the beautyful panther

It's the smallest country but this year with the heart of a lion and the beauty of a panther. 1 million views do have their video on youtube. Something what we usually see at videos from Sweden and other favorits. For San Marino it is already a very big thing!

Valentina is returning, but this year she will share the stage. And also Ralph Siegel is back, the Mr. Eurovision, who still shows his personal passion for Eurovision with every entry he writes.

Did you know that the biggest population of san marino outside the home country is in Detroit, Jimmie's home town?
Read about this fact, the message of the song, the objectives Jimmie has and also what US knows about the ESC.

1. Let’s start with the most obvious question about San Marion’s entree this year. Valentina, what have you done last year in may?

Last year in may I just came back in my beautiful country ‘’San Marino’’ after a long time spent in London, realizing how much is important my family and my home environment.

2. Jimmie could we ask you to introduce Valentina? Which color would she be, which dish and which animal?

Valentina is the color red because she is passionate. Tiramisu because she’s sweet

And a Lion because she is courageous ( 4 times ESC!!!! she must be)

3. Valentina and how would you introduce Jimmie? Color, dish, animal?

Jimmie is a black beautiful panther and a nice piece of beef.haahha

4. Now seriously Valentina, tell us, why are you coming back for the 4th time?

Seriously?? Just for my loving Eurovision fans and angering the bad ones..;D

5. Jimmie, would you like to speak about your musical career so far?

Of course. I played the starring male role in a musical called SISTERELLA which was produced by Michael Jackson. It was a modern version of the classic fairytale Cinderella. I played the Prince (Jean Luc).

6. What do you and US americans know about this contest?

Before moving to Germany, I knew nothing about the ESC. But, I began following it around 2008. It’s obviously a really big thing in Germany with a long history. I think it’s amazing how the ESC can bring so many people together from different cultures. That’s the power of music. To move and inspire people in a positive direction. I’m honored to be able to be a part of the music world.

I think most Americans never heard of ESC. But, it is starting to get some attention. There are some bloggers in the U.S that is helping to spead the word. I found out through a blogger that i’m the 15th American to take part in ESC. That’s really awesome! I’m so proud to be a part of the ESC history.

7. Valentina, it’s the first time you will share the eurovision stage. How does it feel for you and how did this idea come up?

When Ralph Siegel called me to ask me if I wanted to rejoin Eurovision song contest, I was not so convinced but then he mentioned the duo option and I said I can do it, but in black and white and here we are. I’m so glad to have found Jimmie Wilson, we felt immediately very well, we can not wait to share the energy that we create together with the audience.

8. What is your message, with your song?

Valentina: This song is a hymn granting permission that all mankind should give in to believe in one’s neighbour. Lets us go to the emotion and fan, dancing, singing, creating and loving, with no degrees of separation celebrating diversity.

Jimmie: The message in the song is about two spirits finding their way to each other. It’s a positive message full of energy and passion.

9. Jimmie, what is the one thing you are looking for the most at eurovision?

First, i’m just really honored to be a part of the ESC history. Especially working with ESC

A-Team Valentina and Ralph Siegel. I only want to represent San Marino with pride and do my best. I found out recently that San Marino has a strong connection to my hometown of Detroit , Michigan. The largest community of Sanmarinese living outside of San Marino are in Detroit. Somehow it is fate that Detoit and San Marino are connected again.

10. Europe is in a very special decade. What is your message to our readers and to europe? What should be the „spirit of europe“?

Jimmie: My message is that of the ESC ‚Celebrate Diversity‘ It shouldn’t matter what your nationality, race, sexual orientation, or religion is. Because in the end, when all is said, we bleed the same color red. We are ONE RACE. The HUMAN RACE.

Valentina: the spirit of respect the differences. Live life now, fully, learning from the pain and rejoicing and respecting our neighbours as an opportunity of evolution and love.

After this strong statements of Valentina and Jimmie there is nothing more to add.

We just thank for this wonderful interview and wish to San Marino and Detroit all the best of luck for my!

Our interview with Serhat was one of the first we made this year! Recall now the following things that might interest you about Serhat!

1. He was Born and raised in Istanbul and he is the older competitor in this years contest (51 years old)

2. He produced and host a quiz show on TRT called Riziko! (Turkish version of the American quiz showJeopardy!). In 1995 he won a Golden Butterfly Awards for best presenter of the year.