One more week and the first of the super eurovision weekends with a lot of national selections.

With 3 winners, 1 looser getting a 2nd chance, one choice and a pre announcement.

2. Switzerland - back to success?

After last year's last place with zero points the austrian national selection had the hard job to find a new artist and song to bring the winner country of 2014 back to the serious contest competition.

With the song of ZOE Austria surprised singing not in german or in english. French is the language which will be sang by Austria.

2. Switzerland - back to success?

The little alpian country had some successes in the last years, even not making it all years to the final. This year the swiss broadcaster chose once again a singer from Canada to represent their country. The last time there was a canadian singer participating at the contest Switzerland hosted the following year the contest. If history will repeat or not will be seen in may.

The host of 2014 made his choice. A boy band will not only fight for love. They also will try to fight for a ticket to the final. If they will repeat story and once again bring Denmark in Sweden to a victory like in 2000 and 2013 will be seen in may.

Italy returned in 2011 after almost 10 years to the contest. Since this moment Italy always has surprised, like winning the Junior Eurovision and not hosting it or not sending the winner of San Remo to Eurovision.

This happend once again at this years edition. Moments after the victory of the San Remo contest there have been news that the winner won't travel to Eurovision. RAI hours later said that they were still checking it. At the next morning there was the final information that the looser of the contest - the 2nd place - would travel to Stockholm.

And an other choice was made the last weekend. Georgia had 5 songs they presented to the public. In a national final and voting the broadcaster chose the sing to represent Georgia.

If this year about midnight when the eurovision winner will be announced, Georgia will be the country to get gold, will be seen.

On Monday 07th of March 2016, in a special Eurovision TV show program starting from 20:15 at Macedonian Radio Television (national broadcaster) Kaliopi will present her official song for ESC 2016 by the title "Dona". 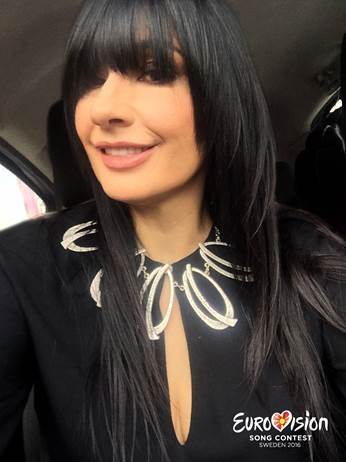 With this song Kaliopi will represent Macedonia at 61st Eurovision Song Contest in Stockholm, Sweden. Author of music and arrangement is composer Romeo Grill who is also producer of the song, and Kaliopi is writer of the lyrics. Song "Dona" will be performed on Macedonian language.

Keep updated with our weekly report and don't miss the news in the next weeks.