A song for the summer

As soon as it was edited it reached number 1 on the iTunes of Poland. Edyta Gorniak continues to sow successes and show that she is a very popular artist despite the fact that she has already given up on the international career she promised in the 90s. Single after single, Edyta shows her vocal value.

Many will wonder after this year's Eurovision songs, what the confirmed artists will sing next year. Many are releasing singles in an attempt to test what they might show. Athena makes us curious about Chains on You. Is this Dolla her answer?

Jedward are back and for many fans, everything they do will always be good. In the same style that we have become accustomed to, this new theme could have been launched during the band's heyday. For the fans it is a refreshment and not to forget that they are still there. And it feels good to see them back!

Rita Guerra is back. The 2003 Diva and one of the most popular artists in her country returns with a ballad full of rhythms somewhat different from the more classic ones that are usual. What's next? 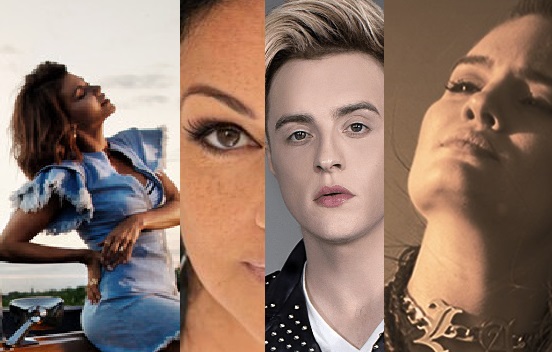