We already told you about "Speed", the latest video from Mumiy Troll.

As we all known Mumiy Troll are one of Russia's biggest bands, capable of filling arenas and headlining festivals in their homeland. They are never tired to reinvent themselves and as an effort to achieve the western market,  their 13th studio album «Malibu Alibi»  was released this October in Europe.

As part of it, the band was on its European tour «Pirate Copies» through Lithuania, Latvia, Estonia, Belarus, UK and Ireland. 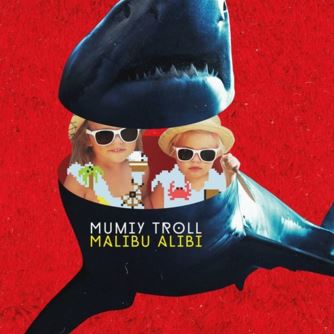 And don't forget the band in Eurovision: